In November, you can pick up some incredible Caribbean cruise deals before the peak period over Christmas and New Year begins. Its also a great time to look out for a bargain Mediterranean cruise as the climate tends to be cooler at this time of year. The Canary Islands is very popular at this time of year as the weather is generally good. There are many other destinations that you may consider for your November cruise. We have fantastic cruise offers for November ready to book today!

Take a look at the fantastic Cruise Deals in November we have, and give us a call if you need any further information.

Why Choose To Cruise In November

As we journey deeper and deeper into autumn, the nights are getting darker, the air colder, the days shorter and Christmas is just around the corner.  November is a great month to plan a cruise if you prefer milder weather or if you’re heading for the equator or the southern hemisphere.

The Caribbean is especially popular this time of year and those who prefer milder weather will find the Mediterranean very pleasant. It’s a great month for the budget conscious as you will be avoiding all the crowds that inevitably comes with Christmas and New Year’s Celebrations. There's a world of possibilities when it comes to booking your November cruise, with a wealth of remarkable itineraries available, taking you on dazzling journeys to beautiful and iconic destinations all over the world.

Most Popular Destinations in November

The Mediterranean remains a popular cruise destination in November because the weather is generally still good this time of year. Perhaps not hot enough to get a suntan but definitely pleasant and a bit warmer than the UK. Popular November destinations include Athens, Barcelona and Rome, where you can explore its fantastic historical attractions and the utmost in iconic architecture.  If you do want to visit beaches in November, Palma de Mallorca and Corfu are terrific destinations.

You can’t get much better than the Caribbean for escaping the winter blues and embracing sunny climes. In November, Florida makes for a great jump off point, as well as the city of San Juan in Puerto Rico and, of course, the UK port of Tilbury.  All these embarkation points offer a treasure trove of fantastic itineraries. With hurricane season almost being a thing of the past, the Eastern Caribbean is still slightly safer in November.  While major hurricanes are unheard of in November, the stormiest areas of the Caribbean in November are eastern Cuba and the Bahamas.

The Caribbean isn’t the only place where it’s still warm in November though, the weather in the Far East is also quite favourable.  Why not visit the exotic city of Hong Kong, home to one the world’s finest skylines and enjoy warm and sunny weather with low humidity?  With the average temperatures being 19 degrees minimum and 24 degrees maximum, there will be no need for heavy coats in November.

Another city that stands out in November, is the ultra-modern metropolis of Dubai, where the world's tallest building, the Burj Khalifa can be found. Dubai is one of seven emirates of the United Arab Emirates, it is the most densely populated and most modern, making it a more popular holiday spot than many other places in the Middle East. Dubai is hot, dry and windy year-round, but the cooler November temperatures of around 18°C to 31°C, with an average of 25°C.

Repositioning cruises are different in that they relocate to follow the sun, which means you will be able to cover a much bigger distance. In Autumn, UK cruise enthusiasts can look out for the huge amount of ships that crosses from the UK to the Caribbean, US and South America, calling at exciting destinations like Iceland and the Canadian Maritimes along the way. These cruises are great if you have some extra time and are often true bucket list experiences.

A Spanish archipelago with a culture of their own, the Canary Islands are closer to Africa than Europe, providing warm beach weather through the otherwise dreary winter months.  The Canaries are especially popular with British travellers and provide enough warm weather activities for everyone to enjoy.  The area is also known for its picturesque mountain, stunning deserts and slightly ominous volcanoes, which make it a popular stop for Western European and Transatlantic cruises.

Get the most out of your holiday with a Cruise Nation Smart Package!

Discover an incredible range of savings with our November 2020 Cruise Deals!

Say Aloha! to the beautiful islands of Hawaii, which offer plenty of cruise opportunities.  Here you'll have the chance to catch some much-needed rays as you relax on the beaches at such ports as Honolulu and Kailua.  There is simply so much to do here, that it’s simply impossible to mention it all.  On Oahu, visit Honolulu's Waikiki Beach and pay your respects at Pearl Harbour. View active volcanos on Hawaii, the Big Island, seek out water sports in laid-back Maui and escape from it all in Kauai.

If you’re looking for an extensive Hawaiian cruise, Norwegian Cruise Line’s Pride of America is your ship, especially if you only have a week available. It’s probably the best seven-day Hawaiian cruise available as they don’t have any sea days, which means you will be able to spend time on a Hawaiian island every day of your trip.  This means time is maximised in Honolulu, Maui, the Big Island of Hawaii and Kauai.

Cape Town is situated in the Western Cape Province of South Africa, with the Atlantic Ocean along the western shoreline and the Indian Ocean to the east. The climate is distinctly Mediterranean, and the region is home to the unique Fynbos biome which boasts an incredible biodiversity found nowhere else in the world.

There is a reason Cape Town is heralded as one of the most beautiful cities in the world. Who wouldn't want to hop straight off a beautiful sun-kissed beach onto a thrilling Big Five game drive? And on top of that, you can also visit the spectacular Table Mountain which was named as one of the New 7 Wonders of Nature in 2012. November is the perfect time to visit as the weather is warm, but not too hot yet, and you get to escape the very busy and expensive December holidays period here. 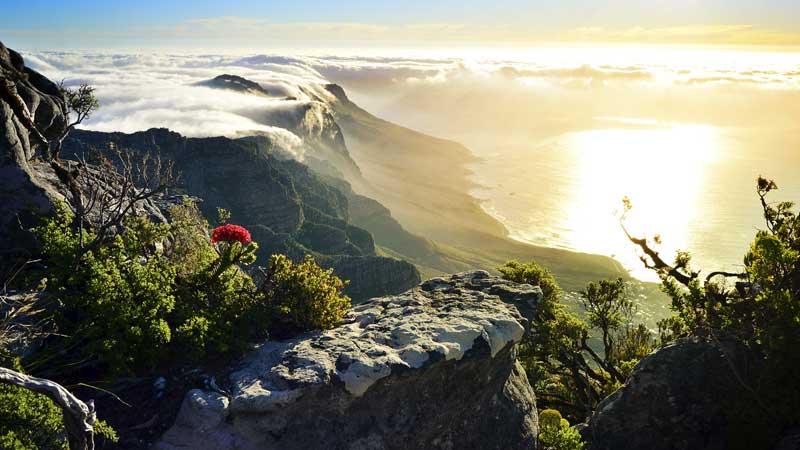 New York, the city that never sleeps, is famous for its high energy and 24/7 activity.  Sometimes referred to as the Capital of the World, there is always something to do or see, no matter the hour.  Nobody ever forgets their first time walking through the hectic plaza that is Times Square. There are also so many other iconic sites to visit, including some of the world’s most famous skyscrapers.  Fans of stand-up comedy also flock here in November for the New York Comedy Festival that takes place in the first week in November.

A great way to see the Big Apple is a stay and cruise, as it’s the largest cruise departure city in the Eastern Seaboard. Numerous ships depart seasonally throughout the year from New York to Bermuda, the Bahamas, Canada, New England, and other transatlantic sailings.

There are plenty of great European cruises available in November, such as world-famous cities like Germany’s Hamburg, Denmark’s Copenhagen and Russia’s St Petersburg. You could also visit memorable destinations such as Helsinki in Finland, Estonia’s capital Tallinn, and Portugal’s charming capital, Lisbon.

And if you want to do a once in a lifetime cruise in November, you can consider visiting the bustling capital of Turkey, Istanbul.  The city is a true sight to behold, with spectacular views of the place where Europe meet Asia in captivating style.  Increasingly prosperous, Istanbul has exciting neighbourhoods, upscale shops and a thriving restaurant scene that ranges from classic fare to newer, Mediterranean-infused interpretations of local standards. Its Museum of Modern Art is new and offers both rotating internationally-minded exhibitions and works from Turkish artists.

While Thanksgiving is very much an American tradition, it’s a celebration that, just like Black Friday, has started, to make its way across the pond. And what isn’t appealing about a holiday that gives you the chance to catch up with friends and family, eat some turkey and indulge in some pumpkin pie before Christmas?  Thanksgiving always falls on the fourth Thursday in November and started off as a Harvest festival which was made into a national holiday in 1939 by President Franklin D. Roosevelt.

You may be able to find some discounts or special offers, but these cruises tend to sell out early before prices have a chance to come down.  Several cruises that embark from North America has specific Thanksgiving cruises, which allows you to have as much turkey and celebrations as you want, without having to worry about the preparation or clean up.

You have reached the end of this page. Go back to the top?

GIVE US A CALL IT'S FREE!

Speak with one of our cruise holiday experts

Save even more money by booking online now

VIEW OUR DEALS
We use cookies to provide you with an award winning experience.Read more about how we use cookies in ourprivacy policy.
You have reached the end of the footer. Go back to the top?