In October, you can pick up some incredible Mediterranean cruise deals as the Med season nears an end. Its also the time of year when the Caribbean season begins, so you can get a real bargain on a cruise re-positioning from Europe to the Caribbean. There are many other destinations that you may consider for your October cruise. We have fantastic cruise offers for October ready to book today!

Take a look at the fantastic Cruise Deals in October we have, and give us a call if you need any further information.

Why Choose a Cruise in October?

Autumn is one of the best times to go on a cruise. Being the shoulder season, you will miss the busy summer crowds in popular places like the Mediterranean and enjoy milder temperatures, which are great for port expeditions. Autumn is also good on your pocket as there will be more cruise deals available and some cruise lines throw in extra perks to help fill their ships. And as most children are back in school, this is the perfect time for adults traveling without children to take advantage of the tranquil ambiance onboard.

Most Popular Destinations in October

Many October cruises head to the Mediterranean to let you enjoy the tail-end of the summer season. For explorers and adventurers, you may prefer a Western Mediterranean cruise or a voyage. Or, if you are more interested in a relaxing holiday, why not visit the Greek islands to relax and unwind.  The Mediterranean is one of the areas where most cruise ship gather year-round, which means a large variety in itineraries and price.  You are spoilt for choice on where to go and when, and there are often some cruise deals to be had as well.

The Caribbean is one of the most popular cruise destinations in the world, which means a large variety in itineraries and price.  The Atlantic Hurricane season runs between July and October every year although the official dates is from 1 June to 30 November.  If you’re thinking of going to the US East Coast or the Eastern Caribbean, the most affected times are between August and September.  If you are, however, thinking of going to the Western Caribbean islands, watch out any time between September and November.

The Eastern Caribbean is a great choice for October, as they move away from Hurricane season, allowing for a more relaxed cruise. If you want to book a cruise during this time of year, just be sure to get comprehensive travel insurance, to ensure peace of mind.

If you’re looking for the road less travelled, cruises to the Far East has become more popular as there’s something thrilling to discover in every port.  There isn’t a bad time to take a Far Eastern cruise, but when booking yours, make sure you consider the weather, possible storms, and when their biggest festivals are held.

Weather wise, most cruisers prefer January to October, which makes October a great time to go there.  As many Far Eastern destinations are close to or on the equator, temperatures remain high, ranging from 24 and 33 degrees centigrade. Cyclones are prominent in the Far East between November and April, which is another reason an October cruise is a fantastic idea.

Alaska is sometimes called America's last frontier, as it’s largely untouched by humans. With its rugged mountains covering huge amounts of land, it is also home to glaciers and wide waterways, which borders on the thick brush of the mountains. It is due to these waterways that cruising is possible here, offering you an amazing way to see Alaska.

Although some cruises still run in October, most of them have now unfortunately stopped going to Alaska until next year in May.  The reason most of them stop by beginning or mid-October is to avoid any ice on the waterways. Sailing later in the year will also mean that cruise ship passengers won’t be able to enjoy the outside of the ship as it will be too cold to go out.

Autumn cruises becoming more popular every year because the price is much lower while the weather is still OK.  Repositional cruises are the unsung heroes of the cruise industry. Most cruise ships tend to follow the same return route, for instance, starting in Barcelona and then ending there for your flight back home.  This is a convenient way to book flights, but it also means that you will see some places twice.  Repositioning cruises are different in that they relocate to follow the sun, which means you will be able to cover a much bigger distance. In Autumn, UK cruise enthusiasts can look out for the huge amount of ships that crosses from the UK to the Caribbean, US and South America, calling at exciting destinations like Iceland and the Canadian Maritimes along the way.

As we journey deeper and deeper into autumn, the nights are getting darker, the air colder, the days shorter and Halloween is just around the corner.  Why not leave all the preparations, decorations and the possibility of getting your house egged as a ‘trick’ to the neighbours next Halloween and rather have your cruise ship do all the hard work for you?  With spooky festivities, horror flicks and onboard trick-or-treating, Halloween cruises are basically floating parties with a devilish edge. Let’s look at the top three Halloween destinations:

1. The Bermuda Triangle is one of the scariest cruise destinations in the world as legend has it that this mysterious triangle has sent many a ship into the unknown, never to be heard of again.

2. In Mexico, they certainly know how to celebrate Halloween.  In fact, they have a ‘Dia de los Muertos’ festival from 28th October to 2nd November that celebrates the Day of the Dead to honour relatives that passed.

3.  Locals sometimes refer to Santorini as the ‘island of vampires’ as legend has it that its home to a strange burial ground, where those suspected of vampirism were buried.

Get the most out of your holiday with a Cruise Nation Smart Package!

Discover incredible value and savings with our October 2020 Cruise Deals!

Set between dramatic limestone hills and the sparkling blue Mediterranean, Marseille is the gateway to Provence.  Head to the picturesque Le Vieux Port, for its incredible variety of deluxe boutiques, bustling markets and tuck into a culinary delight at one of the several cafes and restaurants. This district attracts an eclectic crowd, from local fishermen to millionaires venturing ashore from their mega-yachts. The weather here is still mild for this time of year with an average minimum of 13 degrees and an average maximum of 21 degrees.

From a distance, the Genoa cityscape, which climbs up a steep, green hillside from the Ligurian sea, is awash in Mediterranean colours like ochre, pink and red. This big town manages to have a welcoming small town feel and its layout makes it very easy to explore on foot.

One of Genoa’s best areas, and one you should definitely try to visit, is the Piazza de Ferrari historic centre.  It is here where all the delightful sites are located, like the Opera and the magnificent Palace of the Doges.  It also has an upmarket shopping avenue called Via XX Settembre; and the mostly pedestrian-only streets that hug the Cathedral of San Lorenzo.  Best of all is that all these amazing places are only a ten- or twenty-minute walk from Porto Antico. 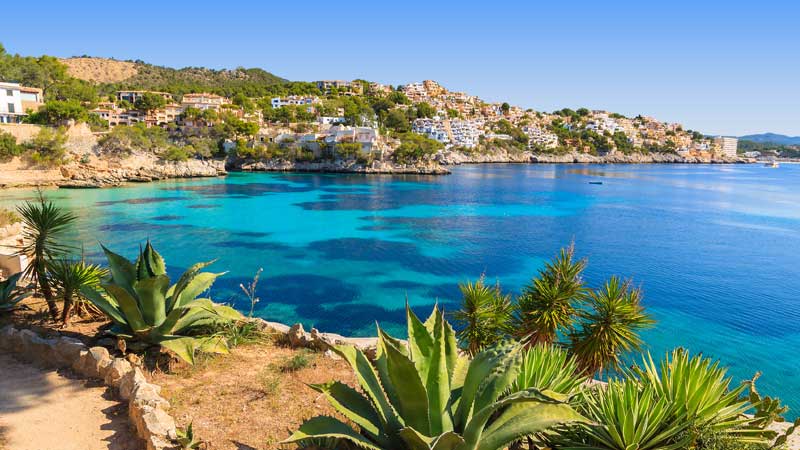 St. Thomas is a water lover's paradise, offering every imaginable water sport and white sand beaches with palms that sway in the breeze. The harbour is easily one of the Caribbean's most scenic.  Don’t feel scared to explore St. Thomas, even if it’s your first visit there. Locals drive on the left side of the road, but the overall feel is American, which makes for a great introduction to Eastern Caribbean life. The island offers a huge variety of activities, such as water sports, beaches, golf, shopping, and other attractions. Many cruises dock here but you’re bound to always find something new to do, even if you’ve been there many times before. 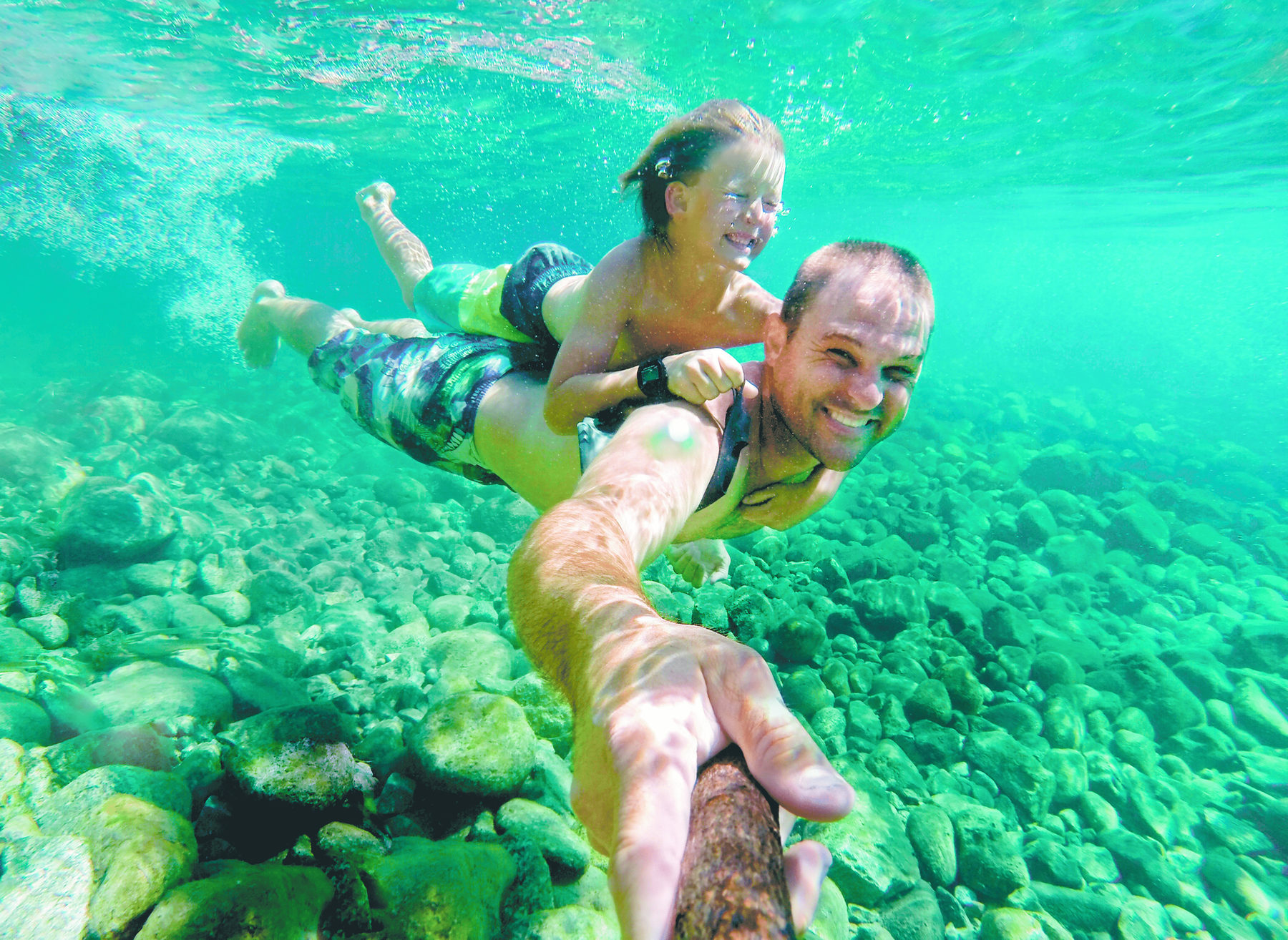 Canada is one of the best holiday destinations in October as it’s the last month of their short cruising season that lasts from April to October.  Its majestic mountains, world-class hiking trails, some of the best adventure sports, and cities rich in culture and arts, makes Canada one of the top places to visit.  Quebec City offers a taste of France right there in North America. Friendly locals convey that sense of romance and old-world charm found across the Atlantic, making Quebec City a delightfully distinctive port of call on any Canadian cruise.

During the ice ages, deep valleys and narrow inlets filled with ocean water, creating the natural wonders that the modern world often refers to as fjords. Although there are many fjords across the globe, the ones that grace the Norwegian coastline reign as the most popular because of their astonishing beauty.

Norway's dramatic coastline is yours to enjoy, as you visit such ports as Tromso, Stavanger, Flam, Olden, Andalsnes and Bergen and witness the awesome power and beauty of the country's fjords and glaciers throughout the month of October.  Outdoors enthusiasts can get closer to the fjords with kayaking or hiking trips.

Located on the east coast of Denmark, Copenhagen is the capital of the country and largest city in Scandinavia. There is so much to do and explore in Copenhagen due to their rich Viking history, having the oldest monarchy in the world, grand castles and beautiful lush countryside. The city is very walkable with delightful parks and gardens, beautiful promenades along canals and streets that were made for walking and biking. And, according to a recent World Happiness Report, the Danes are the happiest people in the world and Copenhagen offers you a perfect glimpse of why that is.

You have reached the end of this page. Go back to the top?

GIVE US A CALL IT'S FREE!

Speak with one of our cruise holiday experts

Save even more money by booking online now

VIEW OUR DEALS
We use cookies to provide you with an award winning experience.Read more about how we use cookies in ourprivacy policy.
You have reached the end of the footer. Go back to the top?