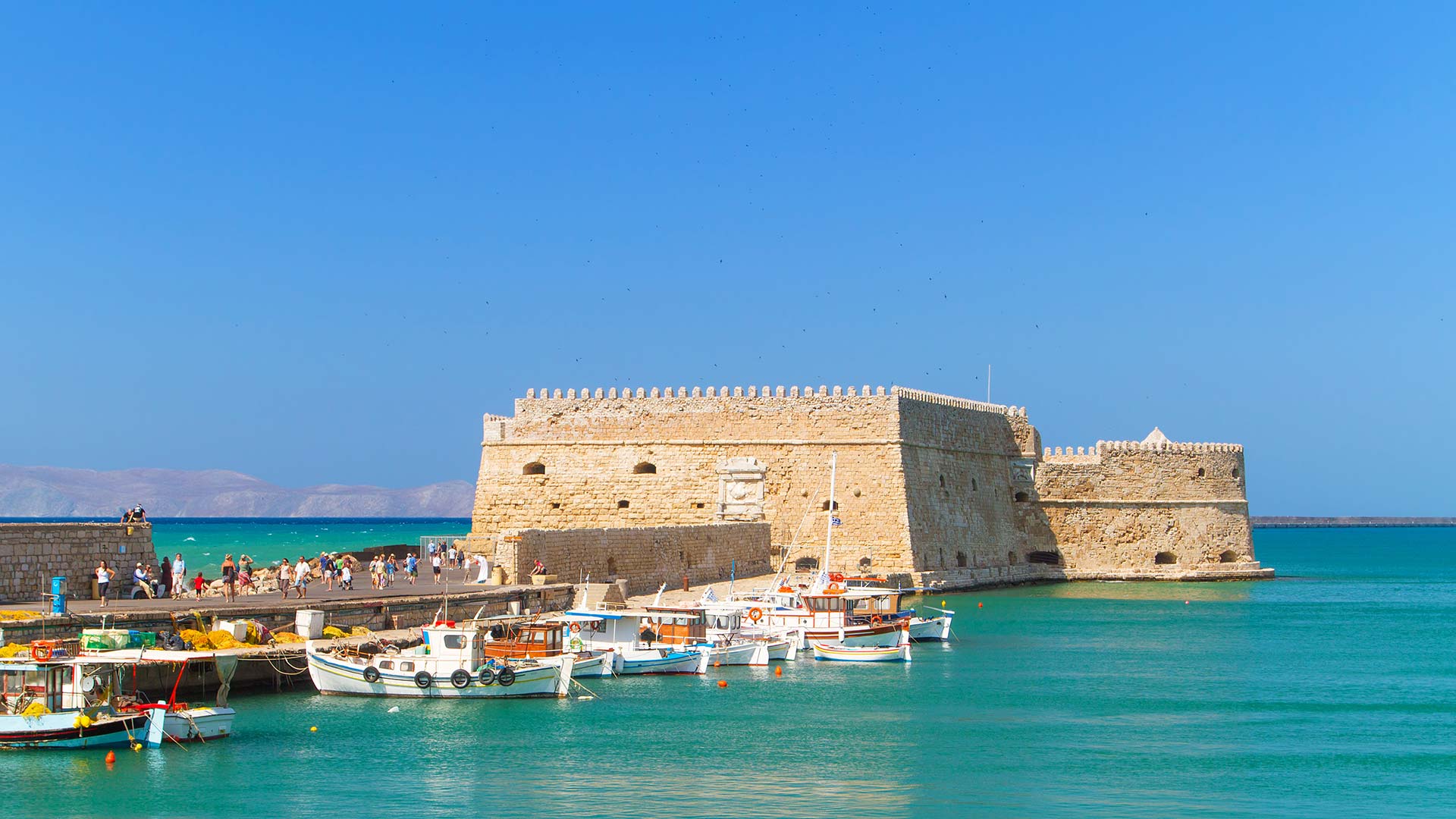 Heraklion is the capital of Crete and one of the most intriguing regions of the Mediterranean. Its the gateway to the Minoan Palace ruins in Knossos, and the famous windmills that stretch across the Lassithi Plateau.

This famous Minoan Palace lies just outside of Heraklion in the valley of the river Kairatos. The site has a rich strata of ruins that span millennia.

The Lassithi Plateau is probably best known for the thousands of windmills scattered through the lush landscape. Make sure you have your camera's ready.

Spinalonga is known as Leper Island, lepers from Crete and Greece were quarantined there until 1957. It was a ancient fortress built to protect the town of Olous.

This historic monastery is considered Crete's most important Byzantine church. It's Famous for its Virgin Mary icon, which is regarded as being miraculous having disappeared and miraculously reappearing.

Thrapsano village is the centre of pottery and ceramics especially the creation of big jars called "Pitharia." The village craftsmen are said to be descendants of Minoan potters.