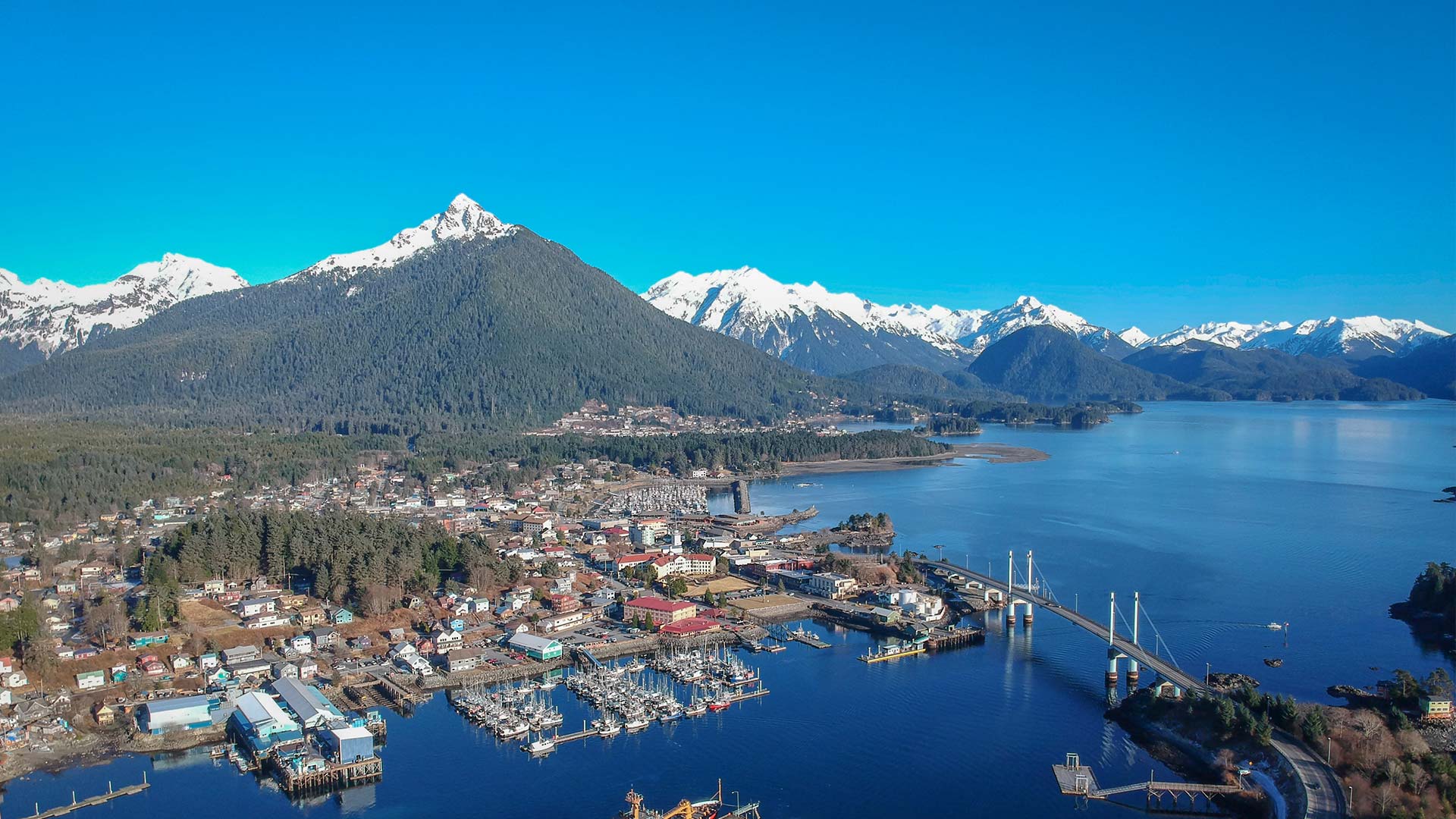 Picturesque Sitka is thought to be one of the most beautiful cities in Southeast Alaska, sitting opposite the snow-capped Mount Edgecumbe and the Pacific Ocean its famous for its fishing, its annual summer classical music festival and historic visitor attractions.

You can view the tiny grave site of Princess Maksoutoff who was the first wife of Alaska's last American governor, Dimitrii Maksoutoff.

This is Alaska's smallest national park, and the site where the Tlingits we defeated by the Russians in 1804. Explore the Totem Trail before you eventually arrive at the site of the Tlingit fort near Indian River.

The Blockhouse is a re-creation of a Russian guard house used to protect their stockade from the Tlingit Natives and surrounding wilderness.

Castle Hill is a state historical site, it was here on 18th October 1867 that the official transfer of Alaska to Russia to the USA took place. Totem Square features Russian cannons and a totem pole.