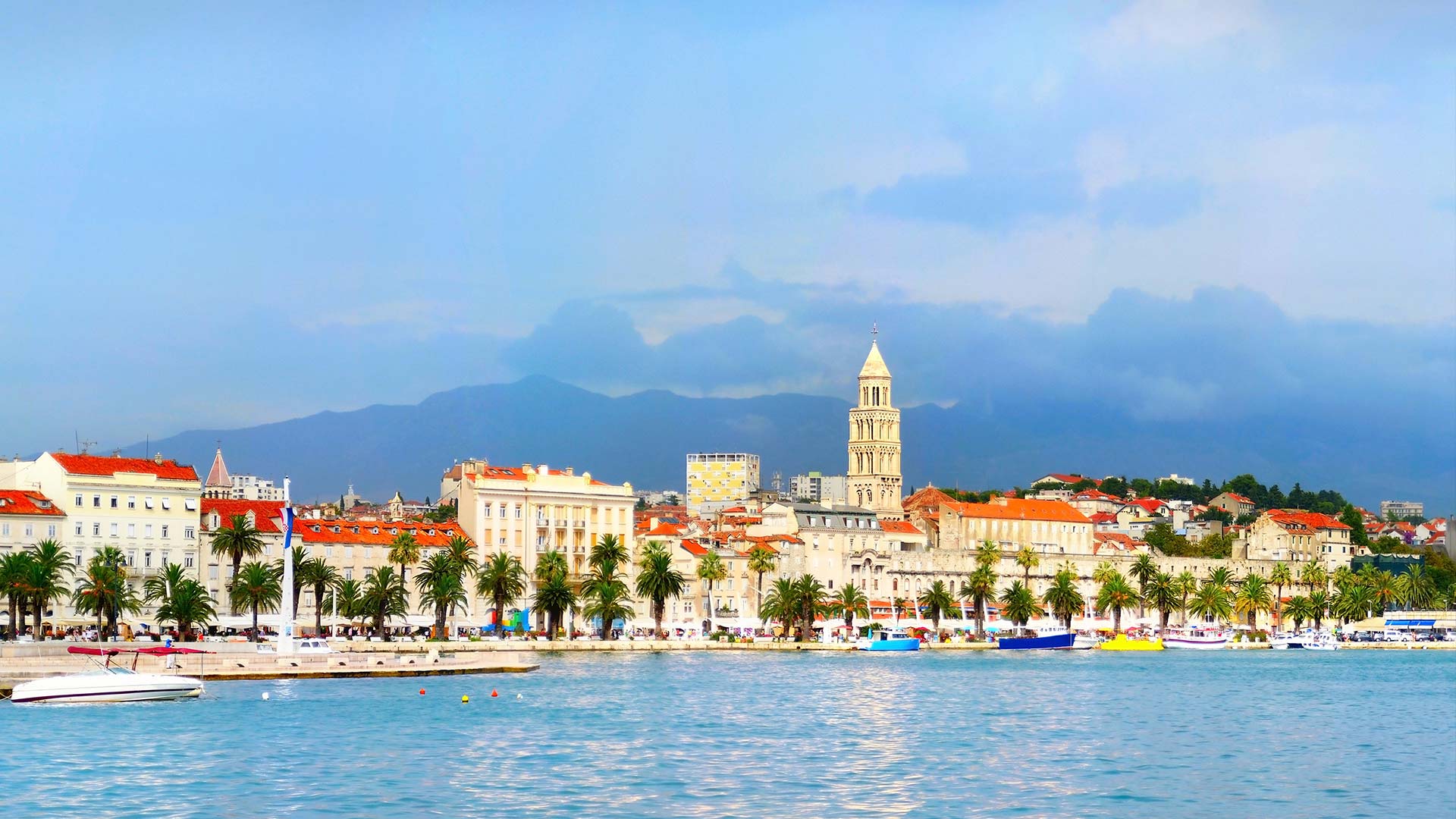 Split was originally built around the Diocletian palace where locals sought refuge centuries ago. With pine-clad hills, secluded coves and beaches it's easy to see why Split has been a premier destination since the days of the Roman emperors.

A history buff’s dream, explore the Diocletian Palace and its monumental courtyard. Take a stroll along the Riva a bustling waterfront promenade or shop till you drop on Marmontova Street.

The river Krka with seven waterfalls is a natural phenomenon flowing through a limestone landscape. It’s home to more than 400 species of animal and was declared a national park in 1985.

An incredible walled palace that was built by the Roman Emperor of Diocletian, it is built from local white limestone and marble.

Trogir sits on top of a small island that's connected to the mainland by a small bridge. Visit the magnificent St Jacob's Cathedral and Kamerlengo Castle and fortress.

Considered Croatia's greatest sculptor Ivan Mestrovic, many of his wonderful sculptures can be seen in this museum and gallery.

Originally the temple faced the cathedral across the Peristyle. Take a look at the barrel-vaulted ceiling and a decorative frieze on the walls.

Founded in 1066, the year of the Norman Conquest, stunning Sibenik is considered an important Croatian heritage site.

This cathedral's striking features include a colonnade of Corinthium columns, the Bell Tower that dates back to 1100 AD and breath-taking Romanesque sculptures.