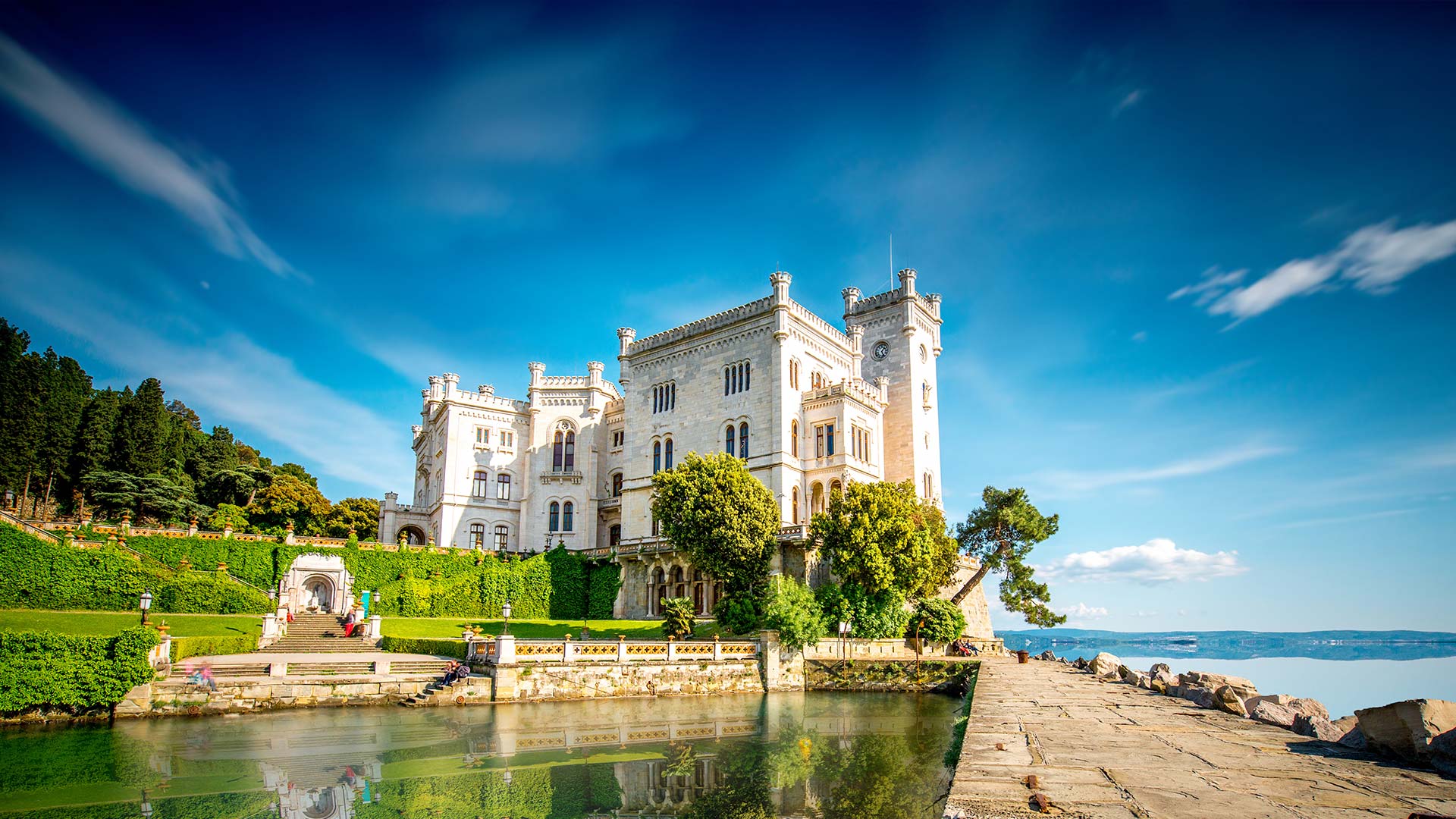 Trieste is a unique and beautiful natural location, surrounded by the Carsic hills and the Adriatic Sea. Located in the north eastern part of Italy, this charming city is home to some stunning architecture and a beautiful sea view.

Faro della Vittoria, also known as the Victory Lighthouse is one of the tallest lighthouses in the world at a height of 223 feet it offers wonderful views of the city from the top.

Grotta Gigante is the largest tourist cave in the world, its big enough to contain St Peter's Basilica in Rome and the Tebiciano Cave at the base which follows the Timavo River.

The Roman theatre is located at the foot of the San Giusto hill, it's construction partially exploits the gentle slope of the hill and much of the theatre is made of stone.

This 19th century castle was built for Austrian Archduke Ferdinand Maximilian, the castle's grounds provide a setting of outstanding beauty which features numerous tropical species of trees and plants.

The San Giusto Castle was designed on the remains of previous castles on the site built on the hill overlooking Trieste by emperors of Austria. The castle and museum are open daily and offers a wonderful panoramic view of Trieste and its surroundings.